A big thank you to all who turned up to the Ide Climate meeting. There were many more than we dared hope, and lots of good feedback, so thank you. Several people have asked if they can see the slides, which are available here, with permission of the presenters, for your personal use.

There was a great turn out for the first accompanied walk from Ide to West Exe school. A big Thank you to Chloe Fox and other Staff, students, parents and All others who supported it.

It was great to be able to use this road safely this morning, and to promote this beautiful route which is being used each year by more and more illegal traffic trying to bypass congestion on the main roads. If we lose these lanes as safe cycle and pedestrian routes, Ide will become cut off as an island community accessible only by car. That is not the future we want for our village or our expanding city and it is not the way to respond to climate emergency declarations.

The Task Force has issued a call for evidence and will be conducting a series of hearings, to help gather views, evidence and data which will be used as a foundation from which to develop recommendations for the Devon Carbon Plan.

The Devon Carbon Plan Recommendations developed by the task force will be put to a Citizens’ Assembly. The assembly will comprise a representative sample of Devon’s citizens from different social backgrounds, including young people. They will have the opportunity to develop informed opinions and collectively discuss and review policy recommendations on decarbonising Devon.

In April, Teignbridge District Council votedÂ unanimously to declare a Climate Emergency for aÂ Carbon Neutral Teignbridge by 2025, so – 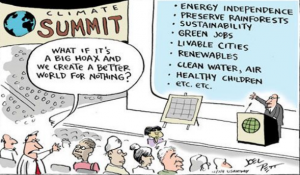 Join Cllr Jackie Hook and other speakersÂ to find out how we can work together.Â Please bring your ideas. All welcome!Â Light refreshments. Parking available.